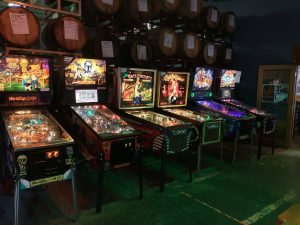 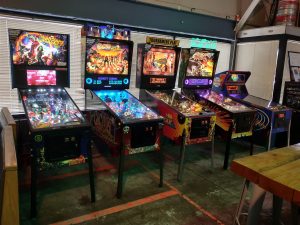 The Silverball Sanctum league collects dues of $40 per player for each 10 week league season. We also collect “kitty” money, which comes from any free credits on machines (due to replay, match, etc) during league play. The dues and kitty together form the league’s treasury.

It is important to the FSPA that we are transparent about how we handle players’ money. If you have any questions, please ask your league treasurer.

League play will be canceled if inclement weather causes Northern Virginia Community College to be closed. If NVCC does not close during inclement weather, the league SLO may still declare “Liberal Leave” which provides for post-play of games by players who do not attend league. If Liberal Leave is declared, it will be announced here on the FSPA web site and on the FSPA mailing list.